Spotted by a sharp-eyed valuer in our saleroom, this extremely rare LP sold for £1,000 in our Saturday Auction. 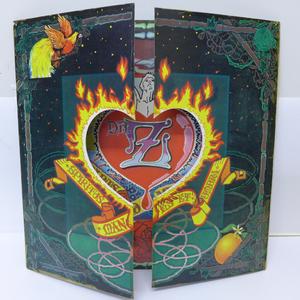 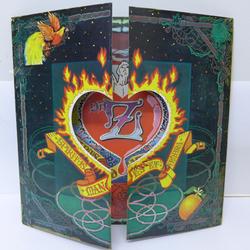 Spotted by a sharp-eyed valuer in our saleroom, this extremely rare LP sold for £1,000 in our Saturday November 9th auction last year.

A legendary ‘lost’ prog-rock LP, this copy of Dr. Z’s ‘Three Parts to my Soul’ came to light amongst a mixed lot of vintage albums.The record is one of the rarest on the Vertigo label, with only 80 copies said to exist. The record company destroyed the rest of the stock on deciding against releasing the album in 1971.

Even though the album’s harpsichord-based prog rock and occult-influenced lyrics probably aren’t to everyone’s taste, they have only added to the record’s cult appeal and led to its reissue on independant labels in Germany, Japan and South Korea. However, like all collectables, original means desirable, and this authentic Vertigo edition was the subject of keen bidding before selling for an impressive £1,000.

So if you’ve a box of dusty vinyl tucked away, they’re well worth a second look - you might just have a classic hiding away.

Finally, if you’re still curious to know what the album actually sounds like - take a listen here: https://www.dailymotion.com/video/x4308zh