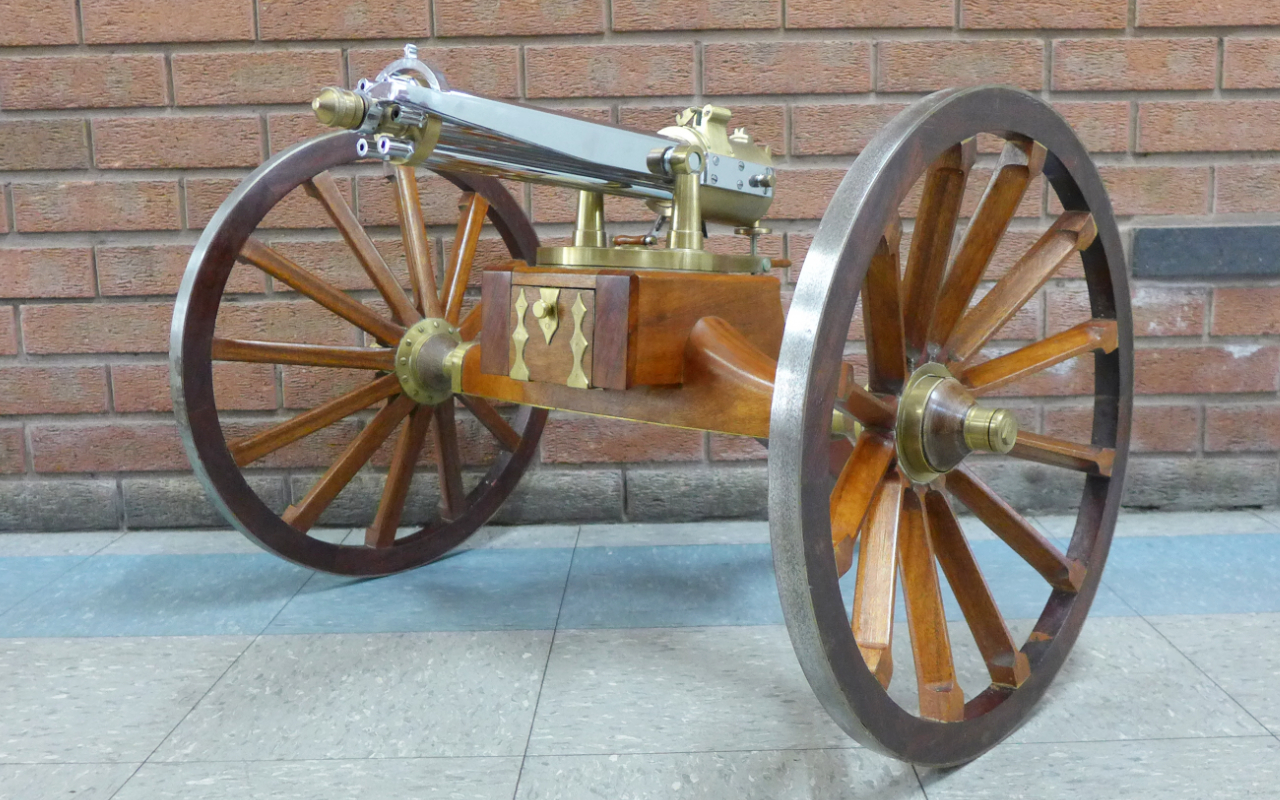 A museum-quality ⅓ scale model of an 1862 Gatling gun is will feature as lot 39 in our 16th April auction alongside an equally beautifully rendered scale model of a Napoleonic-era cannon, both of which were the work of an highly talented Nottingham model engineer and former Royal Navy gunner, the late Fred Kirk.

Entirely hand built from brass, chromed steel and teak, the replica gun is a breathtaking example of modelmaking. The barrels revolve as the firing handle is turned, while a magazine (complete with ⅓ scale dummy bullets) slots smoothly into the breechblock. Made with a professional engineer's level of precision and the in-depth understanding of a former gunner, the gun is a stunning display piece, and although not  being capable of actually firing projectiles, ably illustrates how the real weapon would have operated.

As mentioned, Fred served in the Royal Navy, and his estate also features several beautiful large model boats, two of which operate with live steam. These items will also feature in a forthcoming auction, and details will be available soon.

You can view the Gatling gun and canon in this Saturday’s Antique & Vintage Furniture online catalogue here. 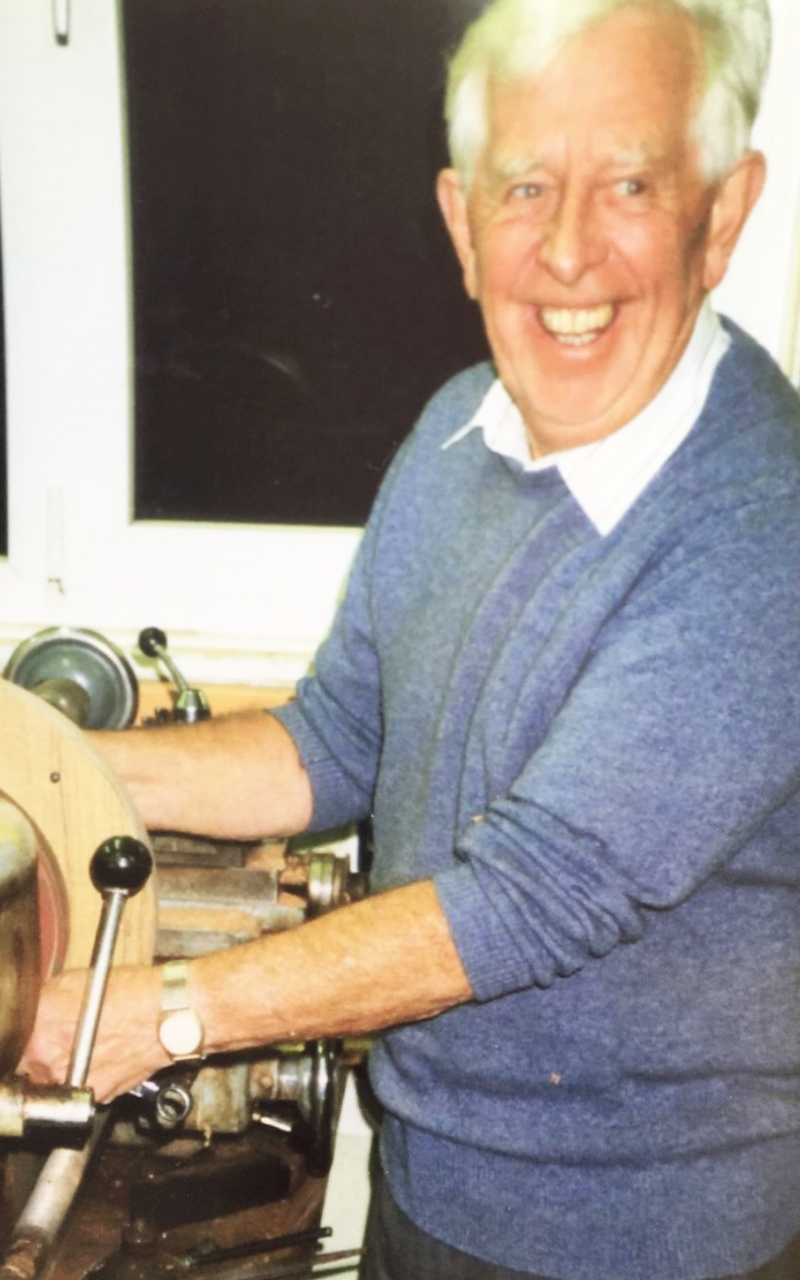 Fred Kirk at his lathe