Whitefriars is a name synonymous with bright and quirky 1960s vases. However, the company was in fact the oldest glass house in the country with a tradition of technical and stylistic innovation. 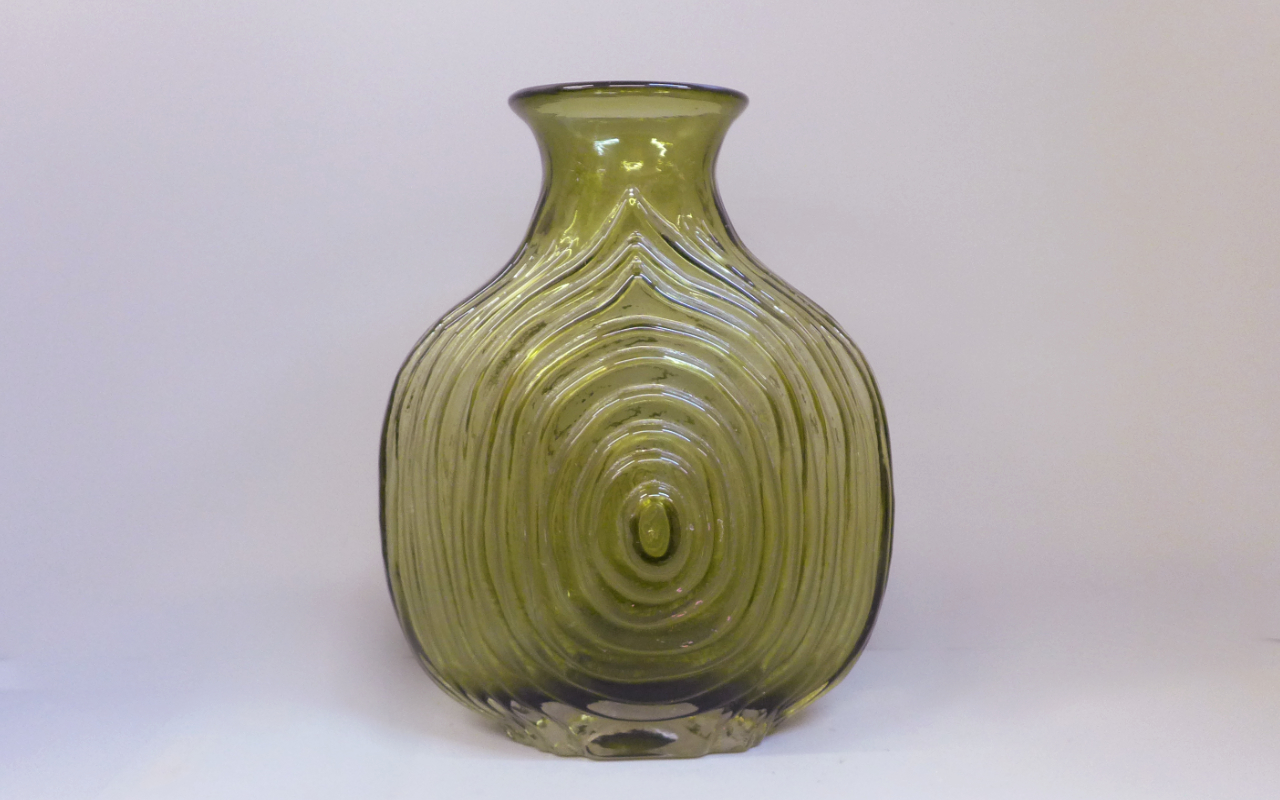 Whitefriars is a name synonymous with bright and quirky 1960s vases. However, the company was in fact the oldest glass house in the country, and had been responsible for many technical advances that changed the way we look at, and through, the material we take so much for granted.

The small glassworks that would eventually become Whitefriars can be traced all the way back to the early eighteenth century London. However, the firm’s transformation wouldn’t truly occur until the 1830s when James Powell, a wealthy wine merchant (and distant relative of scout movement founder Baden Powell), purchased the enterprise in order to occupy his three sons. Although novices to the trade, the young men learned quickly and were keen to apply the burgeoning new technologies of the industrial revolution to glass making.

The business went under the name of James Powell & Sons, and concentrated on the profitable business of producing stained glass windows to meet the needs of the Victorian boom in church-building.

During the second half of the century, the company began to produce decorative glass and tableware. Now under the direction of Powell’s grandson and known colloquially as Whitefriars due to the factory occupying the former site of a Carmelite Monastery whose monks wore white habits, the firm’s innovations included methods of colouring and decoration, which in conjunction with simple yet beautiful classical-inspired designs propelled its wares to the forefront of the arts and crafts movement. 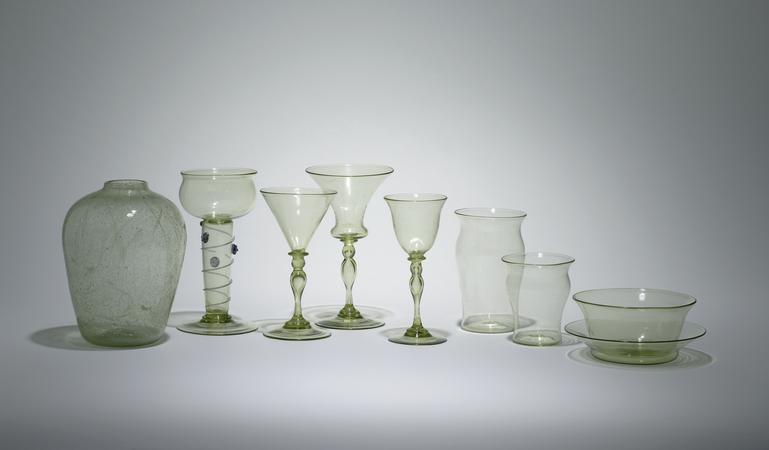 Aesthetically, Powell & Sons pieces from this period took their inspiration from the classical Greek and Roman worlds, and were often modeled on designs featured in paintings set in this period. Now under the auspices of Managing director James Humphries Hogan, the first half of the 20th century was truly a highpoint in the company’s history, with the firm even creating Cathedral windows for Liverpool Cathedral and New York’s St. Thomas Church on Fifth Avenue, NYC.

However, the second world war brought an end to Powell & sons halcyon days, and even after the end of hostilities, post-war austerity meant for slim profits.

Happily, the company would see its fortunes revived when in 1954 Royal School of Art graduate Geoffrey Baxter joined the factory. Baxter was an innovator with an intrinsic grasp of commercial and artistic appeal, and it was he who would oversee the transition to the pop-art style glass with which Whitefriars has come to define.

Now rebranded simply as ‘Whitefriars’, the company would move away from hand-blown glass and instead mould the products; opening the door to a new world of form and texture. Inspired by nature, Baxter would make the moulds himself using bark, wire nails and bamboo to produce the wonderfully tactile pieces.

Launched in 1967, the new range included the Drunken Bricklayer and Banjo vases in three colours; indigo, cinnamon, and willow, these were followed by the brighter kingfisher blue, tangerine and green in 1969.

Sadly, the firm’s second round of success would prove to be more short lived and though there were exceptions such as the firm’s popular millefiori paperweights, the 1970s proved to be a long period of decline. The company closed its doors for good in 1980, although glass maker Caithness bought the rights to the Whitefriars name, and use it for their own paperweights today.

Though values for Whitefriars pieces fluctuated in the immediate aftermath of the firm’s demise, prices have stabilised over the past few years and collectors can now acquire a beautiful array of pieces for modest sums.

Items designed by Baxter and Barnaby Powell are the most popular, and as always, rarity adds value. Scarce color variations such as the ‘Tizer Orange’ banjo vase can tempt serious collectors into paying over a thousand.

Whitefriars pieces are frequently offered for sale in our Antique & Vintage Collectables sales with examples of prices ranging from around £40-£50 for a smaller bark or nailhead vase to £680 for a prized Banjo vase. 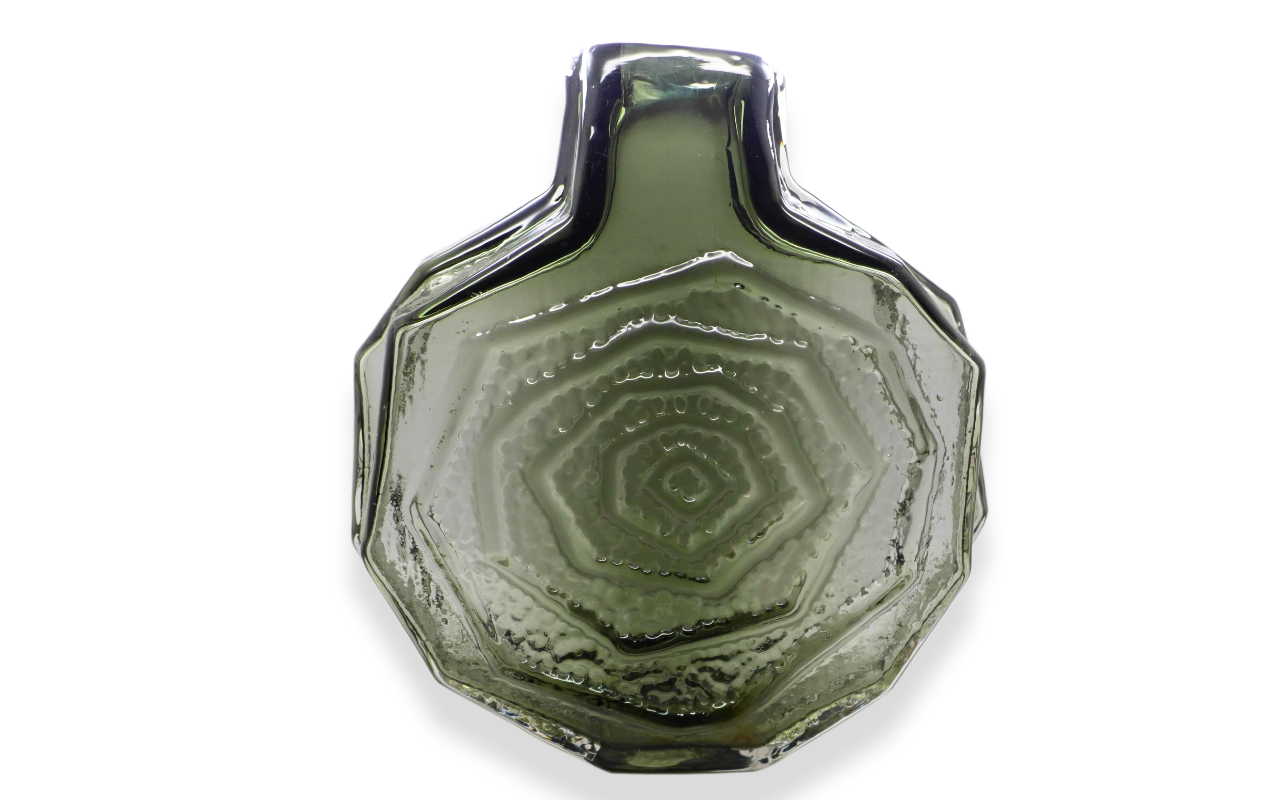 If you’d like more of this 20th century classic to your own collection, make sure you check our Saleroom 2 catalogue every Wednesday, and add an ‘Auction alert’ to your online account.

View the vase in our 11th June auction here: