Our much loved friend and colleague Simon Ashman passed away on 3rd February. Phil Poyser, Managing Director of Arthur Johnson & Sons, puts our feelings about Simon into words.

Our much loved friend and colleague Simon Ashman passed away on 3rd February.

It is such sad news, not only for those of us who worked alongside him, but also for the hundreds of our customers who considered him a friend.

Simon was just eight or nine years old when he first visited the cattle market. Almost immediately he set about persuading the Johnson’s staff that he could be considered old enough and good enough to make sure that the rabbit and poultry pens were properly bedded with hay and straw.

From those first moments, his lifelong bond with the market and those who worked, traded and visited here would never be broken.

For many years, Simon worked for Arthur Johnson’s on sale days while working for Rediffusion during the week.

However, in 2004 he was appointed ‘Machinery and General’ Saleroom Manager and became a full-time member of staff. Within a year, he had transformed the saleroom purely through his personality and expertise.

Customers loved dealing with Simon. His natural warmth and vast knowledge made him an ideal saleroom manager.

His rapport with people was quite extraordinary. On a Friday view day, he’d set up a table at the front of the saleroom and hold court for most of the day equipped with a bowl of sweets, to which he invited customers to help themselves.

In a letter of condolence, one of his customers said ‘he was as generous with his time as he was with his sweets’. And it was true; Simon always had time for people. He really was the kindest and most generous of men.

In recent years he became an auctioneer, and he was brilliant at it. He had a relaxed yet confident style and, because he always knew his stock inside out, was able to include snippets of information about each lot which invariably drew more bids.

Simon worked at the market for over fifty years. He considered many of his customers to be his friends.

His passing is the end of an era. When the history of the cattle market and Arthur Johnson and Sons gets to be told, Simon will deserve a chapter all of his own.

Our deepest condolences go to Julie, his partner of 41 years, to Terri, his mother and his brother Phil. Their loss is immense.

Due the fact that many were unable to attend Simon's funeral because of lockdown restrictions, we will be leaving a book of condolence in our reception for customers to pay their respects. Once we are able to reopen our auctions to the public, hopefully on the 12th of April, the book will be available for a month. After this, we will give the book to Julie, Simon's partner.

Simon in his younger days enjoying himself at Christmas 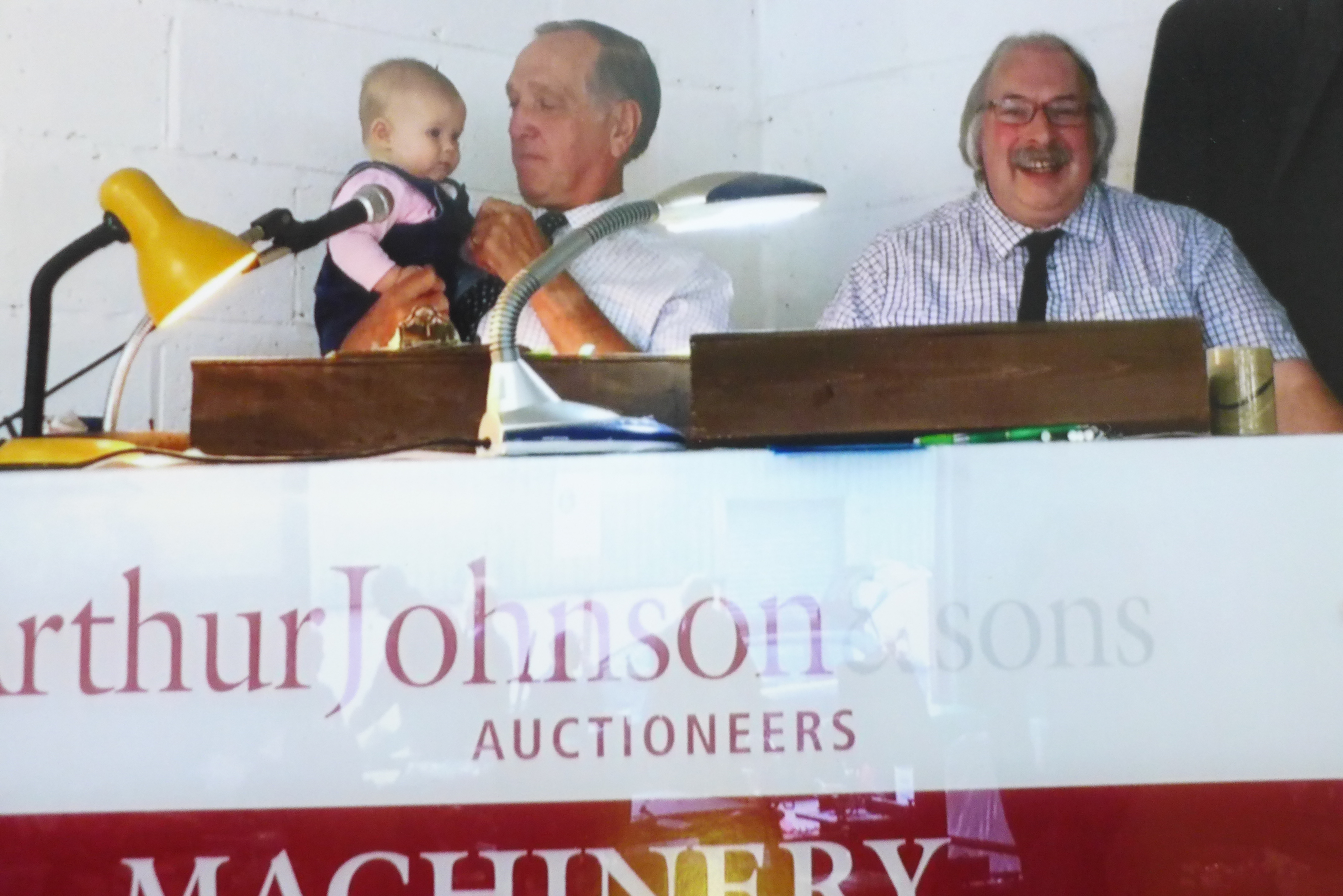 As Saleroom Manager, Simon (left) worked alongside auctioneer Ken Emery for many years

Simon and his brother Phil on Phil's wedding day

In this clipping from a local paper, a very young Simon (centre) is pictured with his mother