Founded in 1750, Royal Crown Derby is one of the longest established makers of English porcelain, and all items are still made at the firm’s Victorian-era factory on the city’s Osmaston Road.

Highly distinctive with oriental-influenced designs in lustrous colours, Royal Crown Derby’s bone china tableware and ornamental ware is famous throughout the world for its exceptional quality. The company’s pieces have remained consistently desirable while many other collecting trends have waxed and waned.

Notably, some of Derby’s earliest items were beautifully rendered porcelain figurines of animals. Inspired by this heritage, the latter-day company developed an entirely new range that would remain faithful to the earlier figures’ lifelike features and poses, but would be decorated with variations of the company’s iconic Imari patterns. 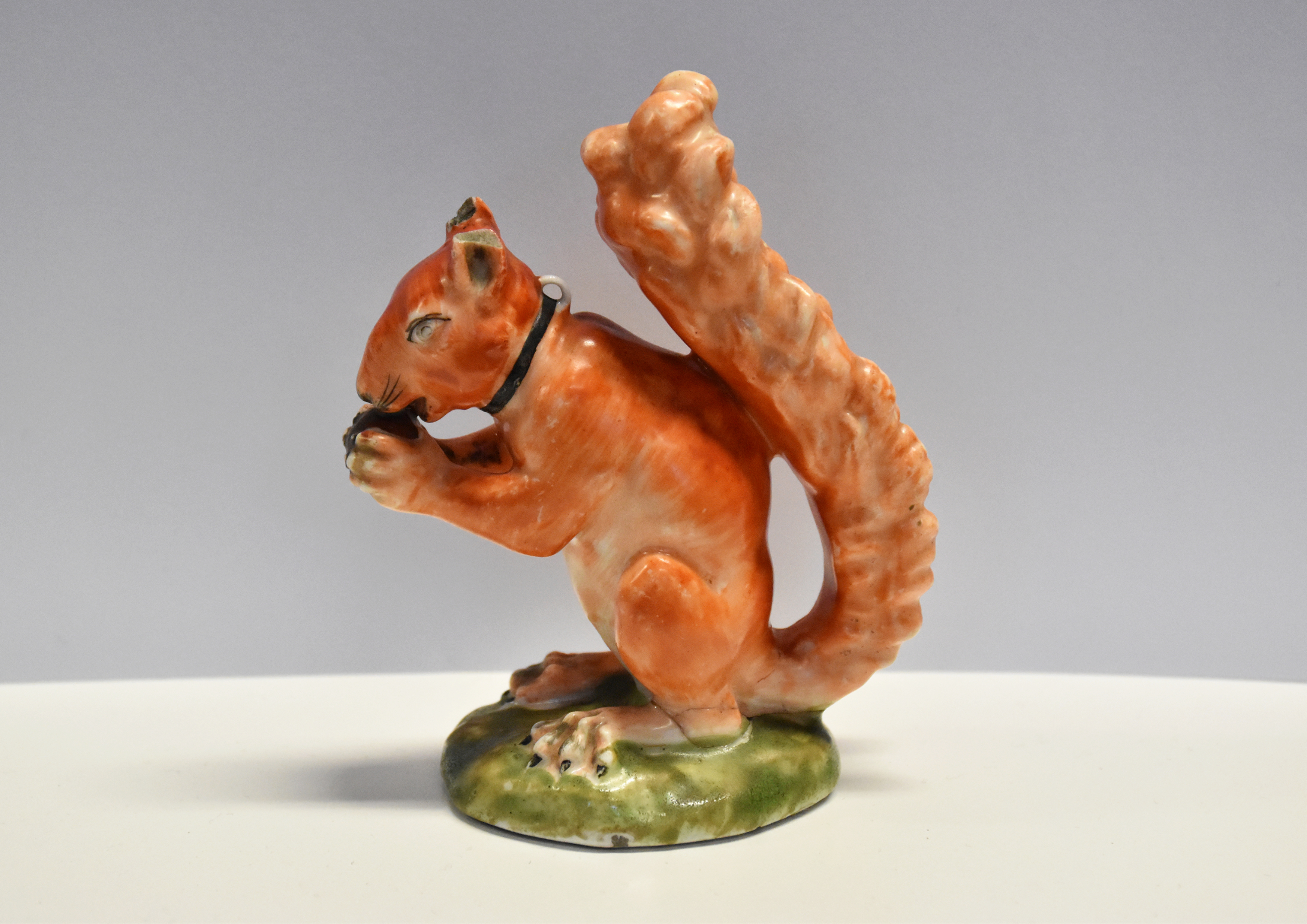 Described as ‘Figure of a squirrel’, the piece has the number two incised on the base. It is estimated to have been made circa 1780, so likely at the Derby Porcelain Factory on Nottingham Road, which operated between the 1750s and 1848. The piece has been in Derby Museums’ collection since 1928, when it was acquired as part of a bequest of around 200 pieces from Allestree Hall.

Five birds and a rabbit

Royal Crown Derby launched its first animal paperweights in a range of five birds and a rabbit at Chatsworth House in 1981. The creatures were beautifully sculpted by Robert Jefferson of Poole pottery fame, before being hand-decorated with the firm’s signature Imari pattern and highlighted with 22 carat gold. The early 1980s were challenging times for the company, but the paperweights’ appeal proved immediate and they became a very welcome boost. 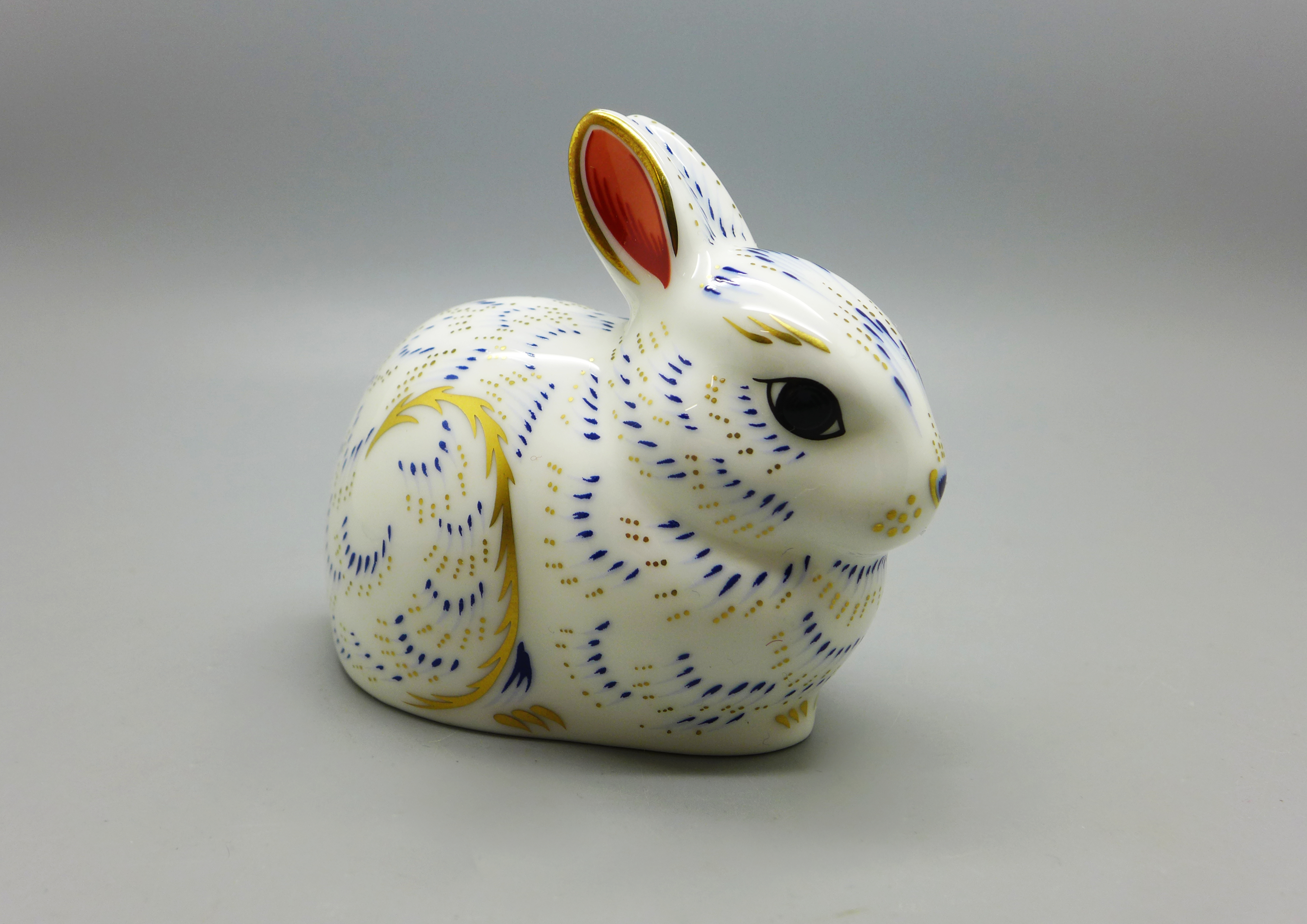 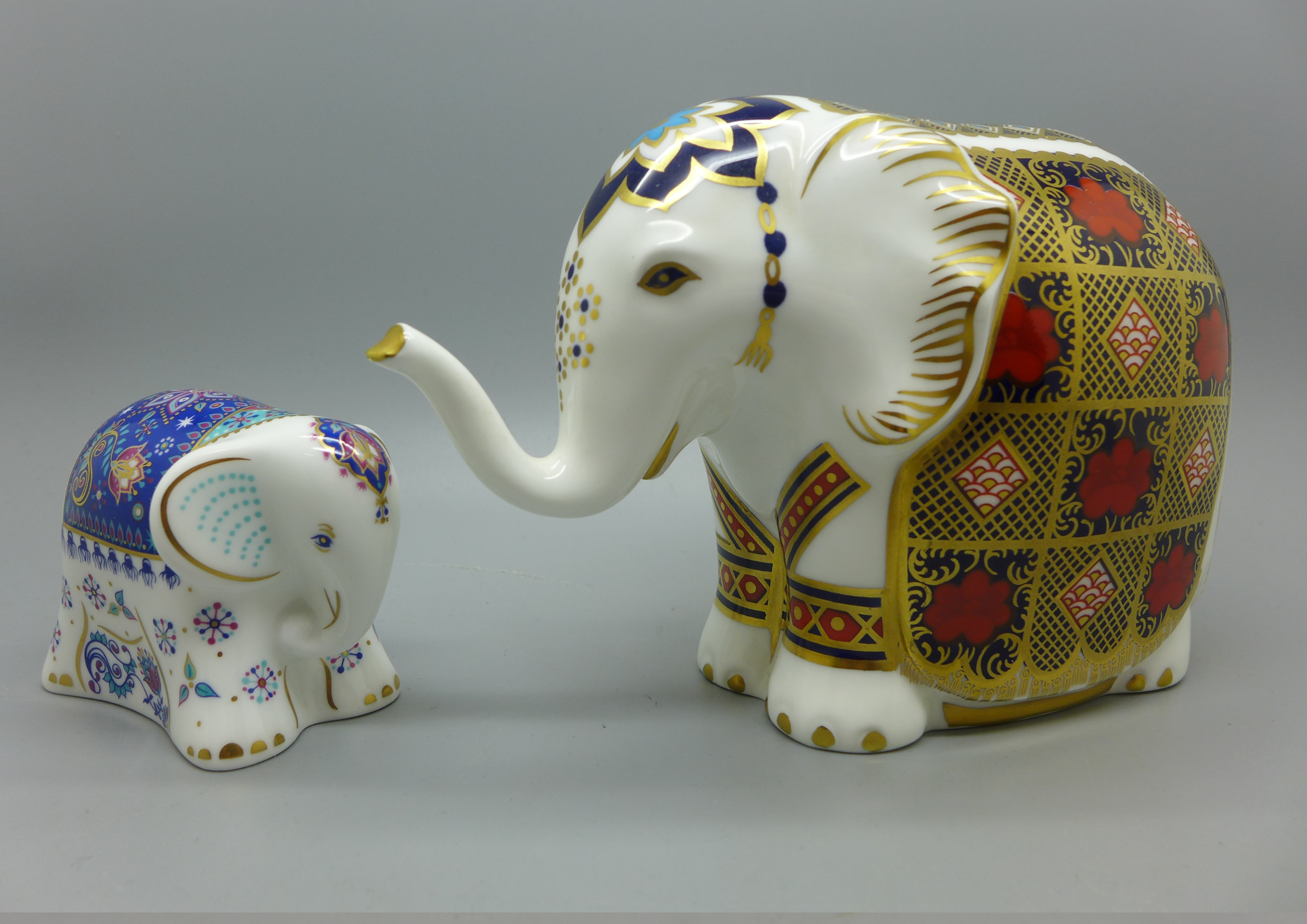 Whether they're an endearing rabbit or regal elephant, the paperweights are always a clever blend of naturalistic sculpture and signature Royal Derby Imari-inspired decoration

The story of stoppers

Early production examples were filled with sand and fitted with gold stoppers, suggesting that the firm intended that at least some of these paperweights would be put to work in their new owners’ offices. Unfortunately the weight of the sand added so much to shipping costs that the company soon abandoned the idea and fitted permanent ceramic white stoppers.

This created a new problem however, as collectors disliked the resulting plain appearance. Consequently, in the mid-1980s Royal Crown Derby reverted to gold bungs and settled on simply producing the hollow paperweights with a more robust, slightly thicker-walled construction, thereby retaining their functional design yet making them practical to ship. The perfect compromise had been found.

The paperweights’ stoppers also serve as an indicator of the firms strict quality control. Gold stoppers indicate ‘best’, while silver stoppers are assigned to paperweights that Royal Crown Derby describe as slightly imperfect. That said, the firm’s extremely high standards mean that these flaws can consist of almost imperceptible manufacturing issues and can offer collectors the opportunity to obtain a sought-after design for a very reasonable price. 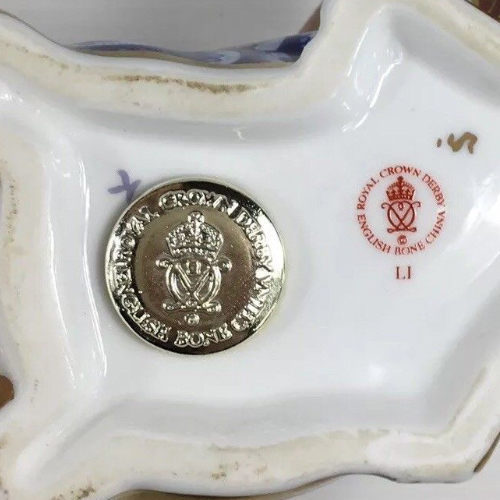 All creatures great and small

Production has expanded to over 450 individual designs that range from ladybirds, snails and robins to the majestic Golden Eagle. In terms of collectability and price, they offer scope for all; with birds and smaller animals regularly selling in our Saturday auctions for around £50-£60, ranging to £100 and beyond for examples with more limited production runs such as the kangaroo and platypus. 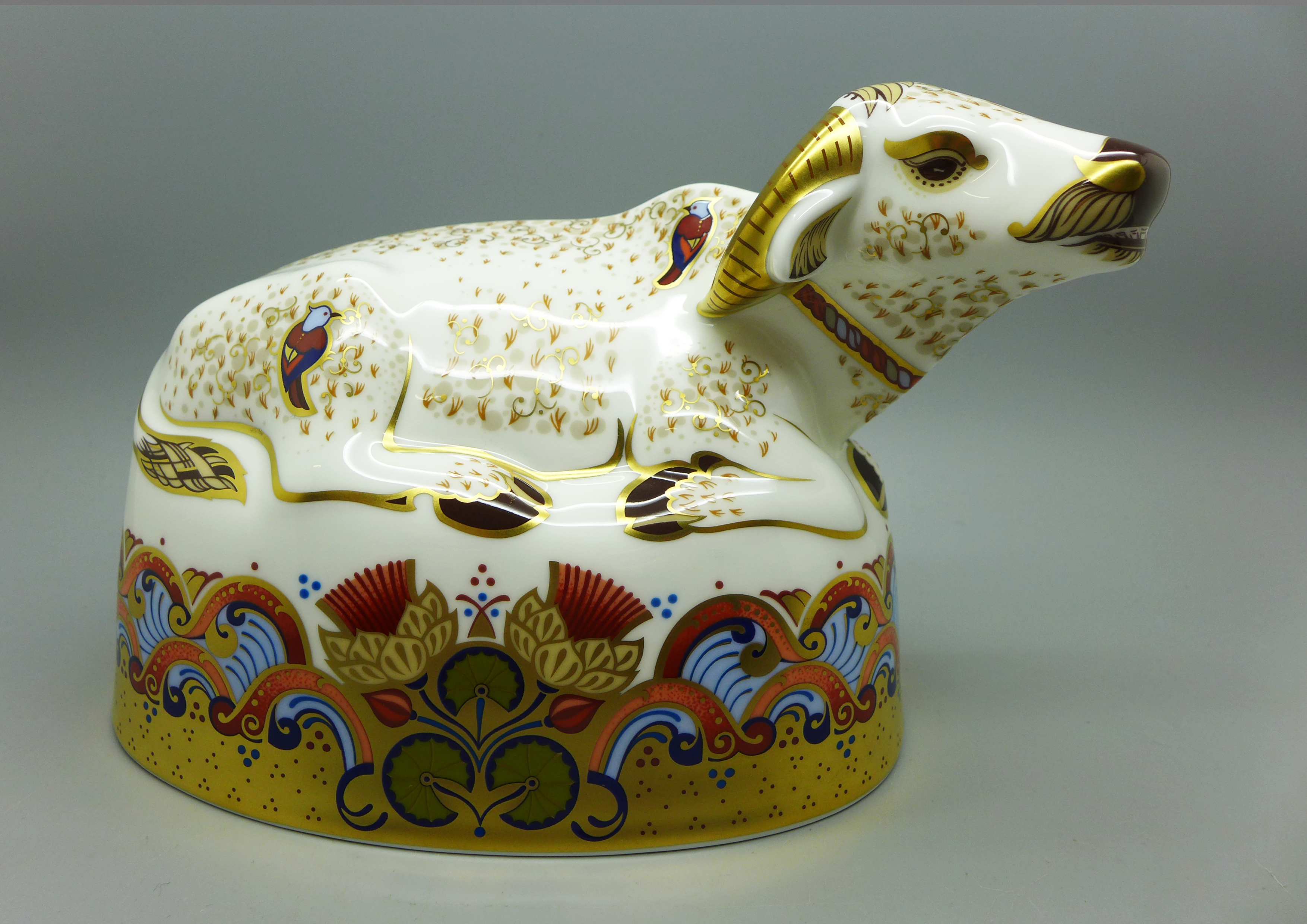 With mermaids and breaking waves woven seamlessly into its decoration, the sheer imagination of Royal Crown Derby's artists is very much in evidence with this delightful
Oceanic Whale. Reality is depicted too, with brightly feathered Oxpeckers clinging to the back of a water buffalo just as they would on the savannah

The paperweights also offer collectors the prospect of finding something truly scarce and special - albeit at a price. These highly-prized pieces include a smiling Cheshire cat and the endearing ‘Ashbourne Hedgehog’, examples of which can sell for high hundreds.

Eye-catching and of superb quality yet affordable, Royal Crown Derby paperweights are a collectable modern classic with broad appeal. What’s more, these addictive creatures make the ideal the gift for animal lovers, those with a passion for traditional ceramics or simply for someone who appreciates a beautifully crafted object. 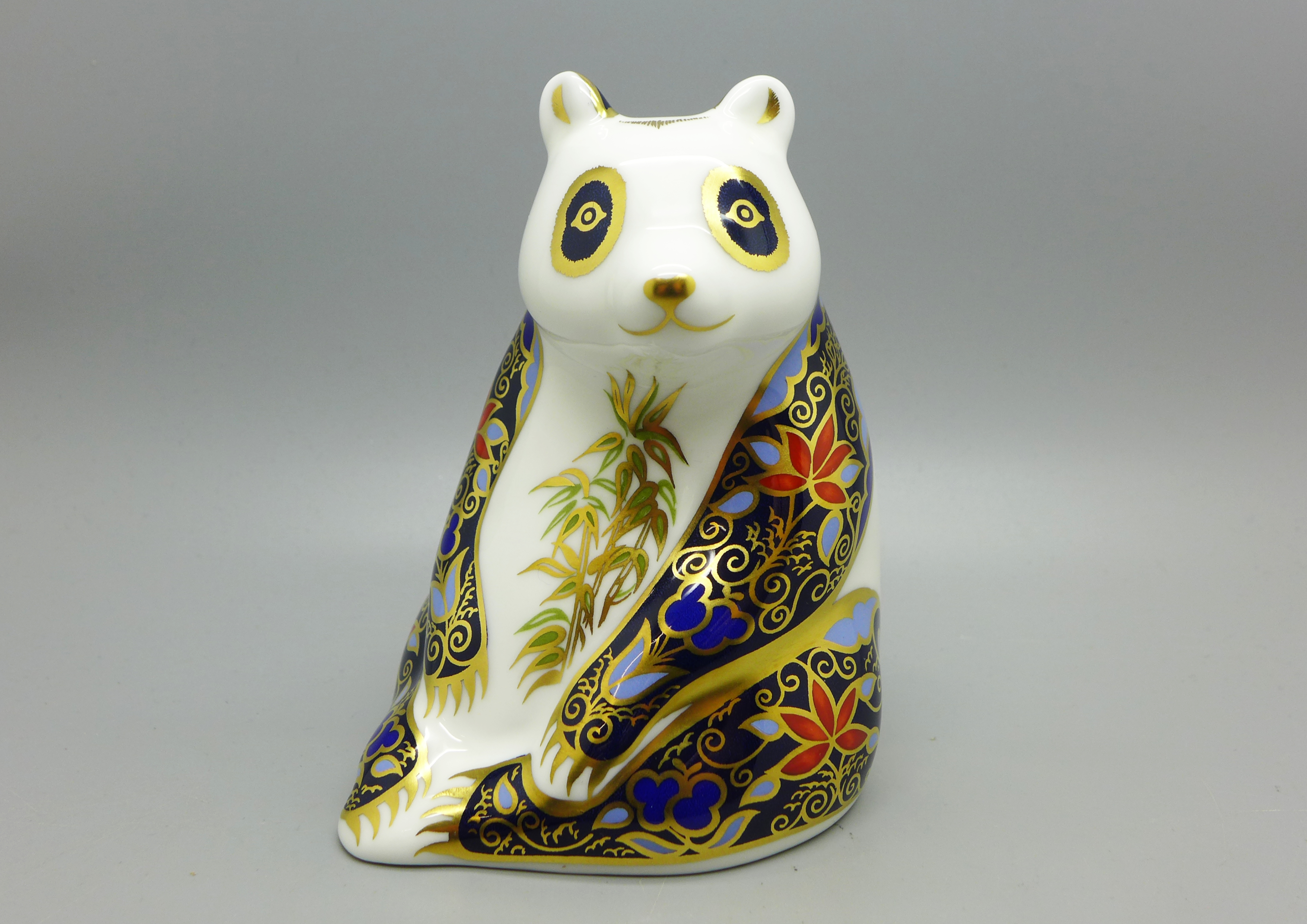 Even clad in a fantasy coat of blue, red and and gold, this panda's expression, paused between bites of a shoot of bamboo, captures perfectly the bear's placid character

We are extremely grateful to Derby Museums for their help and support in producing this article, and we would encourage everyone to visit their superb collections. Find out more here